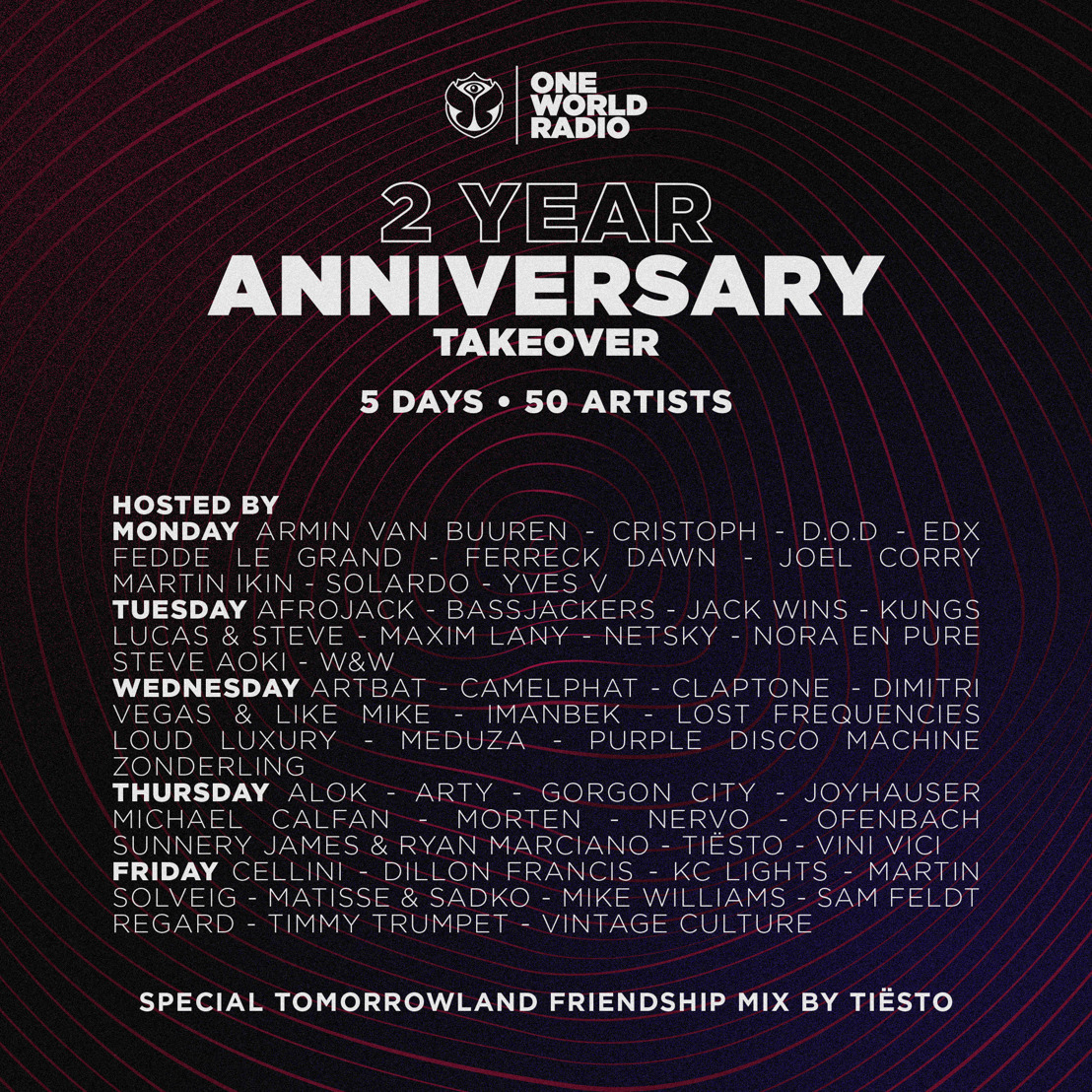 Tuesday, 16 February 2021 - Tomorrowland’s One World Radio is turning 2 years old this Thursday February 18! To celebrate its 2ndanniversary in style, the digital radio & content platform is throwing a legendary 5-day long on-air birthday party takeover, inviting 50 different world-class artists and friends of Tomorrowland from around the world to be part of this milestone, including Alok, Armin van Buuren, Claptone, Dillon Francis, Dimitri Vegas & Like Mike, MORTEN, Nora En Pure, NERVO, Steve Aoki, Sunnery James & Ryan Marciano, Tiësto and many many more! From Monday February 15 to Friday February 19 between 10:00 and 19:00 CET, 10 genre-leading artists per day will each play a specially curated 30-minute set with a selection of their finest tracks – good for no less than 25 hours of exclusive music across all genres of dance music and tons of unreleased and exclusive IDs!

In February 2019, Tomorrowland celebrated its magical 15th anniversary with the launch of its very own digital radio & content platform One World Radio. What started off as a special temporary 15-year anniversary project became a permanent hub of dance music uniting all electronic genres, thanks to the People of Tomorrow from around the world who continuously expressed their love for the radio station – now celebrating 2 years of One World Radio, broadcasting the sound of Tomorrowland live, 24/7 in the mix, to millions of listeners in more than 130 countries across the globe.

2 years of One World Radio in 10 highlights