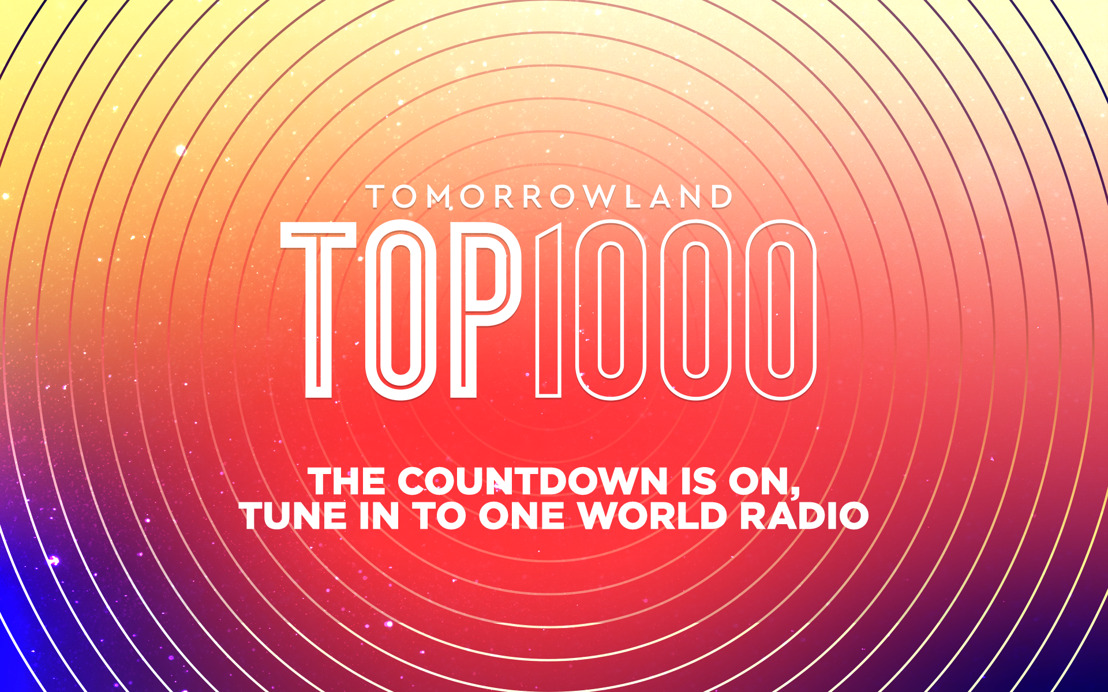 Monday, 11 May 2020 - As of today, until May 22, One World Radio starts counting down the Tomorrowland Top 1000, an overview of the most iconic tracks in the history of Tomorrowland. The past two weeks, Tomorrowland launched a voting poll to determine this year’s Tomorrowland Top 1000 and music fans across the world massively voted for their top 3 favorite tracks. One World Radio, the festival’s official digital radio & content platform, is now taking listeners on a magical journey through the history of music, by bringing together the 1000 finest anthems. With a brand-new number one at the top of the list, 2 new entries in the top 10 and more than a fifth of new entries overall (202 tracks), this year’s list promises to have listeners on the edge of their seats. As of today, the People of Tomorrow can tune in for an excitingly eclectic rundown of the absolute musical highlights in the history of Tomorrowland, counting down 100 tracks per day from Monday through Friday between 12:00 and 18:00 CEST.

Swedish superstar Axwell is the most popular artist in this year’s Tomorrowland Top 1000 with no less than 33 different tracks, while the Netherlands and Sweden are the most popular countries overall. The world’s biggest artists including Afrojack, Armin van Buuren, Avicii, Carl Cox, David Guetta, Daft Punk, Dimitri Vegas & Like Mike, Eric Prydz, Fisher, Lost Frequencies, Martin Garrix, Meduza, Paul Kalkbrenner, Swedish House Mafia, The Chainsmokers, Tiësto, Yves V and many more – expect to hear the best of the best every day with a mix of the biggest all-time radio hits, legendary classics and some of the past year’s most popular bangers. This year’s highest new entry is ‘Heaven’, Avicii’s posthumous track and emotional collaboration with Chris Martin. On May 22, the grand finale with the announcement of the ultimate number 1 will be played, featuring a very special guest.