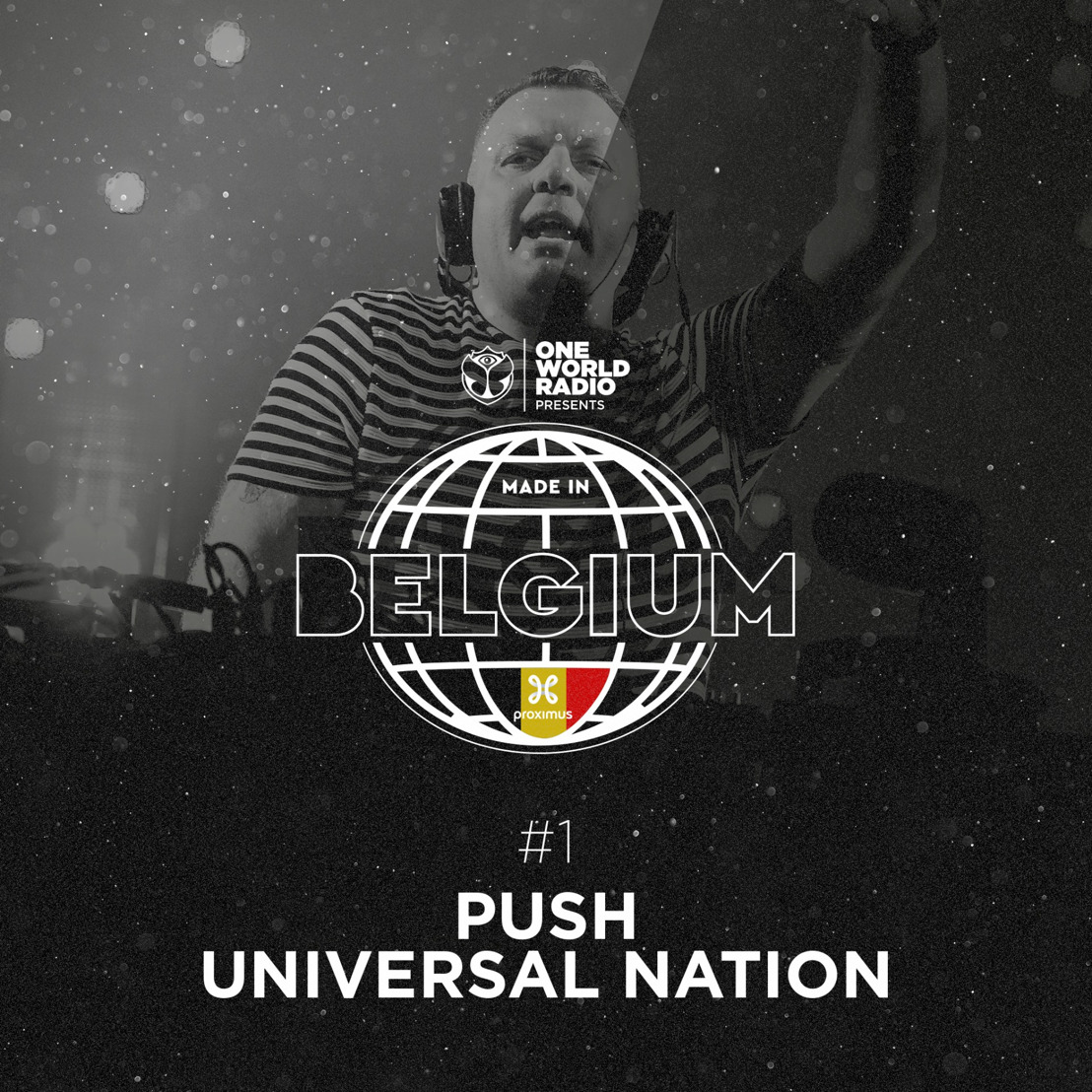 Friday, 4 December 2020 - Every day for the past week, Tomorrowland’s One World Radio has been counting down The Made in Belgium Top 100, taking listeners on a magical journey through the best music in the history of Belgian dance as part of the entire Made in Belgium week. The People of Tomorrow massively voted for their top 3 favorite tracks and One World Radio compiled everything into the brand-new chart with the most iconic Belgian dance artists and tracks, featuring Amelie Lens, Charlotte de Witte, Lost Frequencies, Marco Bailey, Netsky, Soulwax, Stromae, Yves Deruyter and many more. The legendary timeless classic ‘Universal Nation’ by Push has been voted as the absolute number 1 by music fans around the world. Belgian brothers Dimitri Vegas & Like Mike take the 2nd place with their anthem ‘Mammoth’, while Jones & Stephenson finish 3rd with their track ‘The First Rebirth’.

Belgian DJ & producer M.I.K.E. Push is the man behind some of the most iconic tracks in the history of electronic music and has been releasing records under the guises: Solar Factor, M.I.K.E., The Blackmaster, Return of the Native, Plastic Boy and Push. In total, he has used over 85 different aliases throughout his career. Push’s career shot through the roof in 1998 with the release of his iconic record ‘Universal Nation’ on the legendary Belgian label Bonzai Records – it’s often quoted as an all-time favorite trance record and recognized as one of the classic dance tracks of the trance era until this day. In 2020, Push continues to be a major player and influence on today’s trance scene.

In an exclusive interview with Tomorrowland and One World Radio, M.I.K.E. Push reveals how he made his iconic record ‘Universal Nation’: “This is incredible! It’s been a very strange year, but this is really a beautiful spark in the darkness with lots of positivity. ‘Universal Nation’ was made on a Wednesday afternoon in my studio at the Bonzai Records headquarters. I actually had a record completely done, an A-side, and I already gave it to the A&Rs of Bonzai Records – it was called ‘Prisma’. I went quickly into the studio to start working on the vinyl’s B-side and late afternoon, I ran upstairs to the offices with a digital audio tape. I went back to my studio and someone came running downstairs about an hour later, telling me I had to go back upstairs. Everybody was dancing in the office and I had no clue what was going on – they told me this wasn’t a B-side, but a real anthem. When they asked me about the title of the track, I thought about the Love Parade I was going to a couple of weeks later – lots of people coming together, one nation – and that’s basically the story of ‘Universal Nation’.”