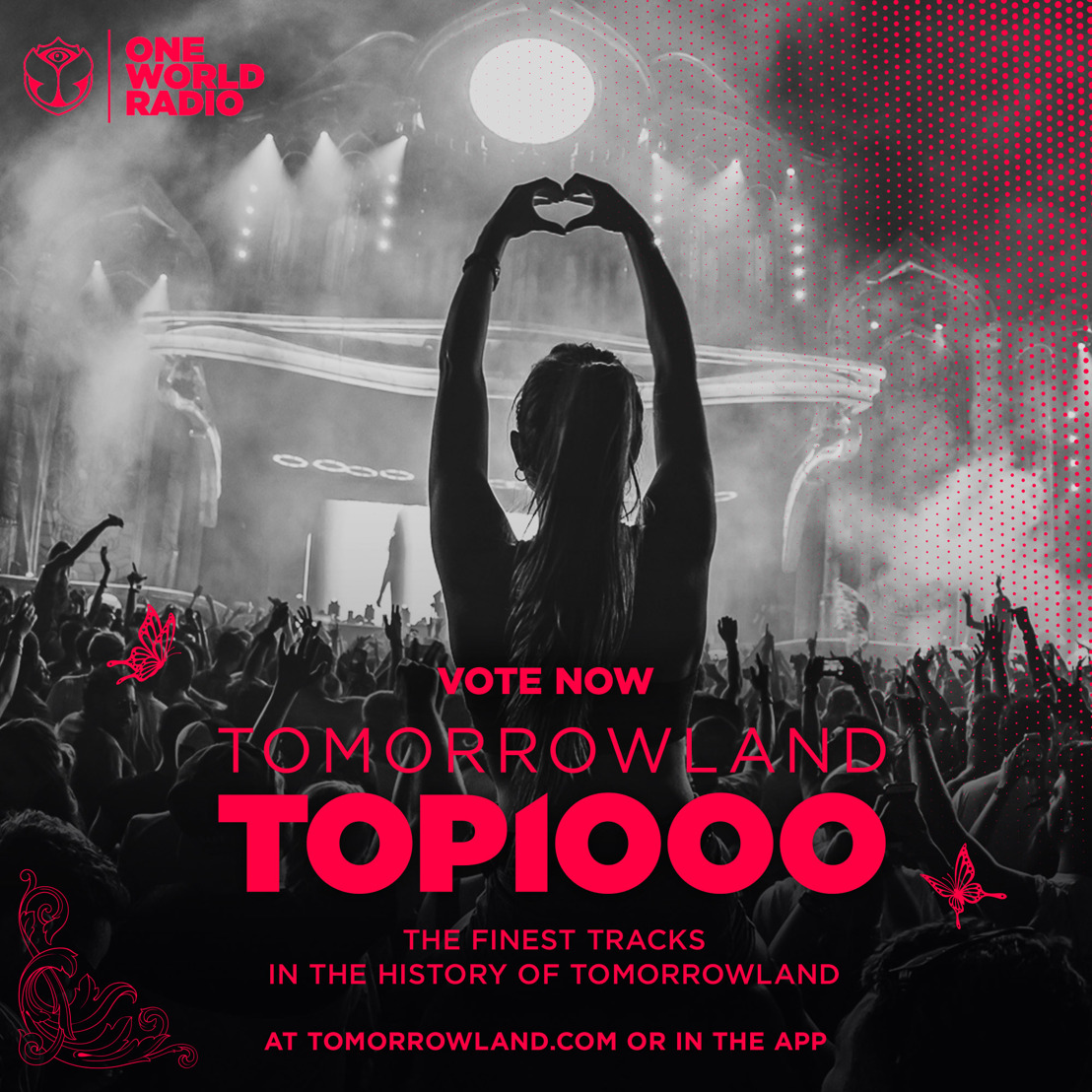 Wednesday, 10 April 2019 - To celebrate its 15th anniversary, Tomorrowland launched a voting poll to determine the Tomorrowland Top 1000. Music fans across the world massively voted for their top 3 favorite tracks and Tomorrowland – One World Radio compiled the 1000 most iconic tracks in the history of Tomorrowland into one list. After serving a complete rundown, Swedish House Mafia – the Swedish house music supergroup consisting of Axwell, Steve Angello and Sebastian Ingrosso – now takes the crown with its legendary anthem ‘One’, exactly 100 days before the start of Tomorrowland’s 15th edition. The Belgian brothers Dimitri Vegas & Like Mike – with 28 tracks the most featured artists in the list – finish on the 2nd spot with the smashing ‘Mammoth’, while Avicii takes the 3rd place with his career-making signature song ‘Levels’.

Being a pioneering trio in the history of electronic music and having inspired musicians all around the world, Swedish House Mafia now hits the ultimate 1st place in the Tomorrowland Top 1000 with their massive debut single ‘One’, originally released in 2010. In total the Swedish trio has 6 tracks in the list, such as ‘Don’t You Worry Child’ and ‘Save The World’. The Belgian duo Dimitri Vegas & Like Mike are the most popular artists in the list with no less than 28 tracks. The Tomorrowland Top 1000 features 31 different nationalities and a quarter of all the songs in the list is coming from the Netherlands with Dutch DJs such as Tiësto (22 tracks), Martin Garrix (19 tracks), Armin Van Buuren (18 tracks), Don Diablo (18 tracks) and Oliver Heldens (16 tracks), once again proving there are lots of successful Dutch DJs in electronic music. The French legend David Guetta, the only artist that attended every edition of Tomorrowland, has 15 tracks in the Tomorrowland Top 1000. Danish native Kölsch is the techno DJ & producer with the most tracks in the list (12), while the Belgian leading lady Charlotte De Witte is the most popular female artist with 4 tracks.

Discover and relive the entire list on tomorrowland.com or in the Tomorrowland app.

Some more interesting highlights of the Tomorrowland Top 1000:

-       921. Kink – Existence: Kink is a Bulgarian techno producer; there are only two Bulgarian producers in the Tomorrowland Top 1000.

-       797. The Prodigy – Firestarter (Live): frontman Keith Flint died about a month ago; this track is the number 1 of Netsky. The Prodigy is actually one of Netsky’s all-time favorite bands and part of the reason why he started making music.

-       781. DJ Licious – Calling: the Belgian DJ played his track to Pete Tong in a restaurant in Ibiza and he received immediate support on Tong’s radio show on BBC Radio 1.

-       558. Transformer 2 – Pacific Symphony (Original Mix): the number 1 of Paul Kalkbrenner, one of the most iconic techno producers.

-       545. Push – Strange World: Armin Van Buuren’s number 1. He calls it his ultimate trance track and it always reminds him of Tomorrowland and Belgium, and the early days of trance music.

-       274. Deorro – Yee: this track is built entirely around one melody, which is continuously playing from the beginning till the end.

-       185. The Chainsmokers ft. ROZES – Roses: Roses was almost entirely recorded at Drew’s apartment in New York City with just basic equipment. Alex and Drew invited ROZES to come over and most of the track was written on that same day.

-       93. Calvin Harris – Feel So Close: the Scottish singer-songwriter, DJ and producer has written a lot of songs, but this is his personal favorite written by himself.

-       69. Dimitri Vegas & Like Mike ft. Ummet Ozcan – The Hum: this track is inspired on the movie The Wolf of Wall Street with Leonardo DiCaprio.

-       39. Tim Berg – Seek Bromance: first worldwide hit for Tim Berg, also known as Avicii. He changed his name permanently after this one.

-       12. Swedish House Mafia – Don’t You Worry Child: the trio’s last single before they broke up. This track was nominated for Best Dance Recording at the Grammy Awards in 2013.